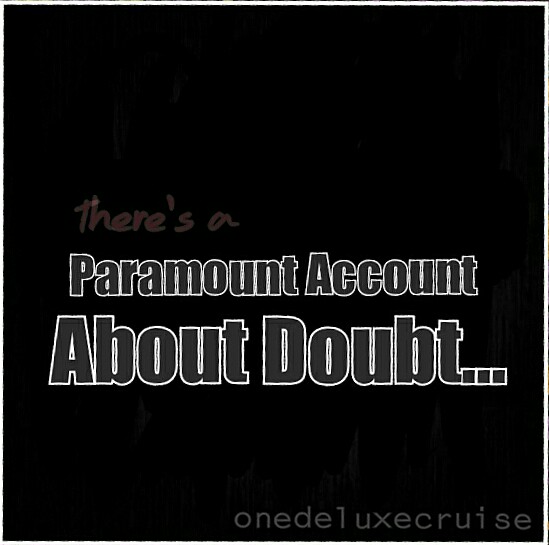 Ever wonder why the ‘B’ in doubt seems useless being silent and that the word itself can stand on its own and could still sound as it is without it? It actually stands for “but”. But? But why; what?! Exactly! It is to “put” emphasis on what you’re inclined to cast a doubt on… it’s but subtle in presenting an argument as to its validity. The ‘dou’ and the ‘out’ combined is an amalgamation of “down & out” however err “but” not quite… Thus, initially, it was positively intended to question if indeed one is “down & out” with “But, what if?” Yet to counter and refute such protest even amidst a strong argument, their defensive “no ifs, no buts” decision were rather accepted however incorporated (much to how suBtle’s “B” is) in-between down and out if only to “but(t) in” and serve as “but” a reminder of a questionable occurrence… Hence, your ‘douBt’ – DOUn BT not out… 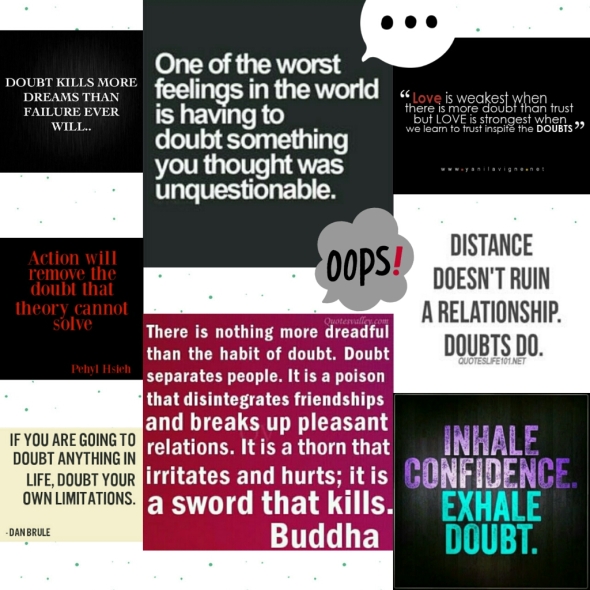 Are you down with this claim as out of the ordinary or do you believe it to be downright true? I doubt… so should you? Or you knew all along..? But it somehow makes some almost believable kind of sense right?
What’s this post trying to tell us then; from a blogger’s perspective and from that of a reader’s thought?